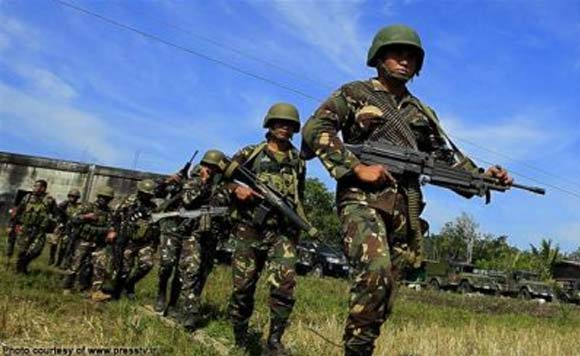 Over 700 families have been displaced in Basilan province due to the intensified military operation, which was launched following the deadly car bomb attack in Lamitan City recently, the regional government said Saturday.

The region’s Humanitarian Emergency Action and Response Team (HEART) said the families are staying temporarily in the barangays of Tuburan Proper in the town of Tuburan and Languyan in the town of Mohammad Ajul.

The displaced families came from the villages of Langgung, Languyan, Buton, and Tuburan Proper.

The military launched operations against the Abu Sayyaf terrorists, who were allegedly behind the car bomb attack on a military detachment in Lamitan on July 31. Eleven people, including the driver allegedly a foreigner, died in the incident.

US, PH searching for Marine who fell overboard off Sulu Sea