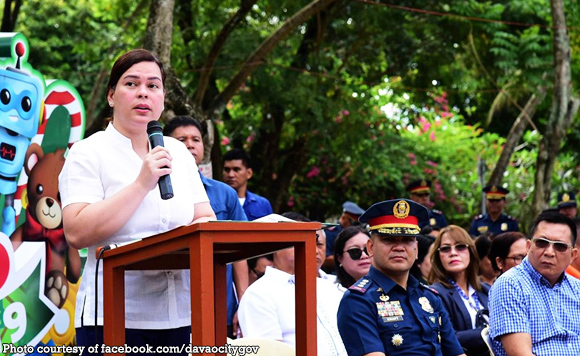 0 547
Share
Want more POLITIKO News? Get the latest newsfeed here. We publish dozens and dozens of politics-only news stories every hour. Click here to get to know more about your politiko - from trivial to crucial. it's our commitment to tell their stories. We follow your favorite POLITIKO like they are rockstars. If you are the politiko, always remember, your side is always our story. Read more. Find out more. Get the latest news here before it spreads on social media. Follow and bookmark this link. https://goo.gl/SvY8Kr

“The MDDA will be composed of representatives from Digos, Sta. Cruz, Davao City, Panabo, Carmen and Tagum. If this will be pushed through the six identified areas will now move as one,” Duterte-Carpio said.

She added that it would be easier to manage the disaster, garbage, and traffic concerns.

Duterte-Carpio said the purpose of the grouping is to ensure that all efforts are geared toward the same direction.

“One aspect of this is the security, so we will present this to the Regional Peace and Order Council (RPOC) because the security needs to be extended to Digos and Tagum,” she added.

Currently, there are only two established metro groupings – Metro Manila and Metro Cebu.

Lim said the creation of the MDDA will lead to a higher level of service in the component areas.