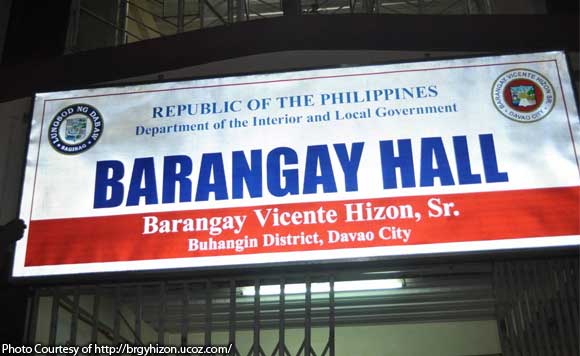 The law also set the boundaries of each barangay. Pampanga has a total area of 1,150,756 square meters; Angliongto with 2,474, 663 square meters; and, Hizon with 2,079,904 square meters. All three barangays are under the second congressional district of the city.

On July 25, 2004, a plebiscite was conducted in Barangay Pampanga pursuant to City Ordinance No. 00161 of the City Council which ratified the creation of Angliongto and Pampanga.

The plebiscite served as substantial compliance to the requirement under the Local Government Code.

RA 10953 released by Malacanang Thursday also ordered incumbent barangay officials of Pampanga, Angliongto and Hizon to continue holding office until their successors have been elected.

Under the law, all existing public infrastructure and facilities for public use will be transferred without cost or compensation. Transfer should also be administered by the new barangays.

On Internal Revenue Allotment, Pampanga, Angliongto, and Hizon are entitled to the share pursuant to Section 285 of the Local Government Code. (Lilian C. Mellejor/PNA)

Speaker seeks exemption from preventive suspension for officials outside incumbency