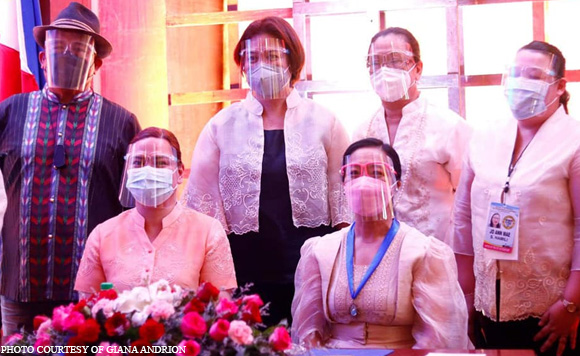 The cities of Davao and Zamboanga forged Thursday, July 15, a sisterhood agreement in a bid to boost partnership and open up developments in the fields of tourism and culture, agriculture, and trade and commerce.

Davao City Mayor Sara Duterte-Carpio and Zamboanga City Mayor Beng Climaco led the signing ceremony, which was also attended by other officials and representatives from both cities.

Duterte-Carpio underscored the importance of forging ties with other cities in Mindanao to make way for the exchange of best practices to better provide public service to their respective constituents and further contribute to the growth of Mindanao.

“Davao City recognizes the need to establish linkages and build better connections with other cities especially here in Mindanao where we share the same issues and challenges because it is only when we commit to work together and learn from one another that we can better serve our respective constituents,” Duterte-Carpio said during the ceremony held in Zamboanga City.

On the other hand, Climaco referred to the signing as “perfect timing”, saying that the agreement was first conceived in 2015 during the term of then Davao City Mayor Rodrigo Duterte, who signed a pledge towards forging Sister City ties between Davao City and Zamboanga City. #