Mayor Uy thanks TESDA for contructing training center in Samal 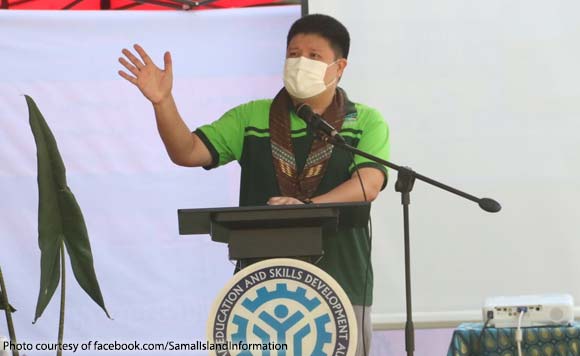 The Samal training center will be the region’s first ever CTC.

Uy expressed his gratitude and acknowledged the allied organizations for supporting the continuous progress of the island.

According to the local government, TESDA acquired one hectare usufruct for its training facility in October last year.

“This is in line with their objectives in reaching out geographically remote areas. Thus, delivering the training center closer to the Samaleños in the comfort of their own grounds,” it said.

CTC-IGaCoS Administrator Efren T. Ojeda estimated that the construction of the one-storey building will be finished in three to four months and this is only an initial structure in the area.

He said the national government has earmarked P30-million for the building of a 3-storey standard TESDA building in the city.