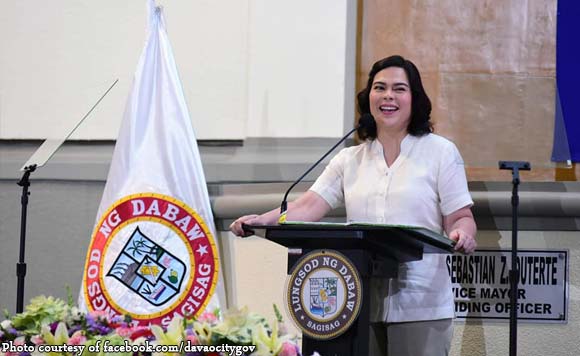 The Davao City government is set to increase the monthly pay of government workers under job orders (JO) and contract of service (COS) by P220 starting next year, Mayor Sara Duterte-Carpio said.

In her State of the City Address Monday, October 14, Duterte-Carpio said the hike is equivalent to P10 per day.

“The aim is to ensure that their salaries will in the future equal the minimum of our lowest permanent position. We recognize that even though they are not employees of the city, they nevertheless, work hard like any of us,” she said.

JO and COS personnel are currently receiving more than the minimum wage at P455 per day. The daily minimum wage in Davao City is set at P370 for non-agriculture/Industrial/Commercial and Retail/Service employing more than 10 Workers.