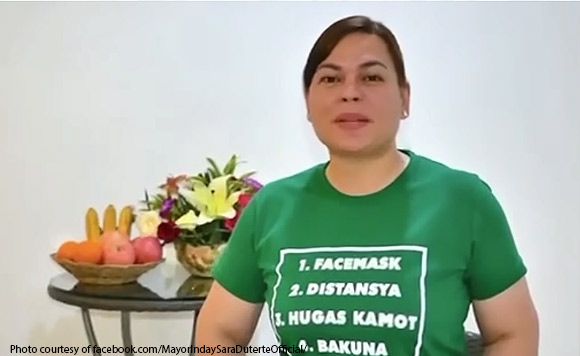 The mayor signed Executive Order (EO) No. 62 Series of 2021, also known as “An Order Adopting the Integrated Response on Terrorism Plan (Usahay II) of Task Force Davao (TFD) and Activating the Joint Security Forces Cluster in the Event of Terror Attacks” on Nov. 2, 2021.

“In the event of a terrorist attack or any act of terrorism, all security forces and auxiliaries in Davao City will form part of the Joint Security Cluster (land, sea, and air) and shall be activated immediately. They shall likewise adopt the concept of the Integrated Response on Terrorism Plan (Usahay II,” she said in the EO.

The local chief executive stressed the need to modify the contingency plan to suit the prevailing situation and address new and emerging threats in Davao City.

EO 62 provides that Usahay II will be sectored into four quadrants with the security forces located in each quadrant to serve as the primary units to respond to incidents. All security forces and auxiliaries will also have a pre-arranged, pre-designated, and pre-determined area and corresponding reactions during the occurrence or any act of terrorism. #