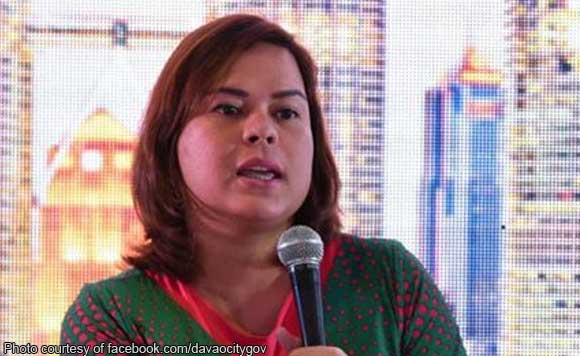 Davao City Mayor Sara Duterte has vowed to assist some municipalities in Davao del Norte on their projects after House Speaker Pantaleon Alvarez allegedly removed the funds supposedly for them.

Duterte-Carpio told reporters that “as a good neighbor,” her city would help other towns in Davao del Norte.

She said if President Rodrigo Duterte would know what Alvarez has been doing, “hindi siya papayag sa mga ganyan.”

Alvarez is the representative of the 1st District of Davao del Norte.

Davao del Norte Governor Anthony G. Del Rosario has accused the Speaker of allegedly masterminding the stripping of some P500 million funds supposedly for the road project in some municipalities in the province.

Del Rosario is a member of the Hugpong ng Pagbabago (HNP), a regional political party, formed by Duterte-Carpio.

The presidential daughter has called for Alvarez’s ouster as Speaker after he accused Duterte-Carpio of being an “opposition” for forming HNP.

The feisty mayor branded the Speaker as an “asshole” and told him that he “messed up with the wrong girl.”