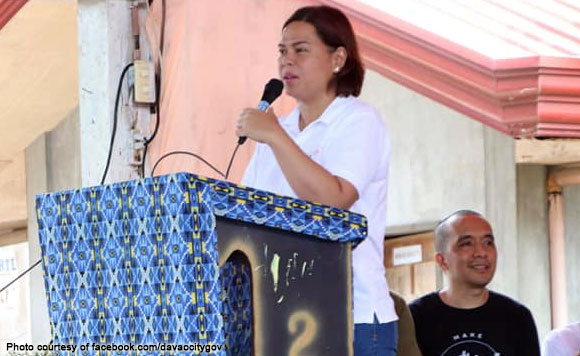 Davao City Mayor Sara Duterte-Carpio has invited the people to visit the city and join the Kadayawan Festival next month.

The local chief executive extended her invitation as she recently formally launched the 34th Kadayawan Festival at Dusit Hotel, one of the event partners of the city, weeks before the festival kicks off on August 2.

“I am inviting everyone across the globe to come and visit Davao this August to witness the highlights, the sights and flavors of Kadayawan in Davao,” she said.

She called on all Dabawenyos, Lumads, Muslims, and Christians to go out and not just enjoy the festivities “but to use Kadayawan as an opportunity to continue to learn about one another, about what makes our culture unique and similar.”

She said Dabawenyos should use the Kadayawan as an opportunity to learn about what else they can do together as a multicultural Dabawenyo community to bring the city ”to a future defined by our own terms, progressive yet sustainable, modern but guided by lessons of the past and the wisdom of our forebears.”

City Tourism Operations Office (CTOO) Chief Gene Rose Tecson, for her part, thanked the 11 tribes of Davao for their continued support to the city and the community.

Through their support, she said, the Kadayawan has successfully showed not only the country but the world, the different cultural traditions of the city’s 11 tribes.

“This Kadayawan is different, as we have spread out the events during the weekends of the whole month of August to ensure the city will be able to accommodate more visitors during the Kadayawan month,” she said.