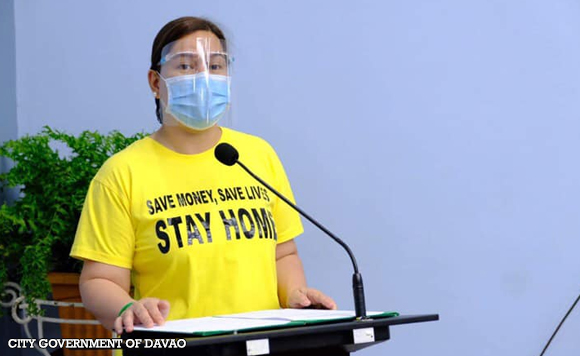 Under Executive Order (EO) No. 56, Duterte-Carpio said the city employs its mandated power under the law to provide adequate, safe, and modern transportation being a local government unit (LGU) mandated by law to deliver efficient and effective provision of basic services and facilities to its people.

The Department of Transportation (DoTr), through the Office of the Assistant Secretary for Project Implementation – Mindanao Cluster, wrote Duterte-Carpio on June 30, 2021, expressing its intent to create a Local Inter-Agency Committee to handle the resettlement aspect of its Davao HPBS and the MRP.

“In order to ensure the successful integration and effective management of the resettlement aspects of HPBS Project and MRP, there is a need to formulate a Local Inter-agency Committee for Resettlement to properly manage and coordinate the concerns pertaining this aspect across all agencies,” she said.

The Local Inter-Agency Committee shall be composed of the Office of the City Mayor as chairperson and DoTr Region 11 as co-chairperson.

The LIAC for Resettlement is mandated to plan, coordinate, implement and align across agencies all project components of the HPBS and MRP. It shall conduct at least one meeting every month. It shall hold periodic consultations and coordination with other local government units, national government offices, and the private sectors.

“The affected barangays are hereby directed to provide its full cooperation and ensure that its own projects are at all times concurrent with the UAC for Resettlement, to afford the least amount of inconvenience to the public,” the mayor said, adding that the Office of the Assistant City Administrator for Administration will serve as Secretariat of the LIAC for Resettlement, and shall be tasked to handle all its administrative and secretarial functions.