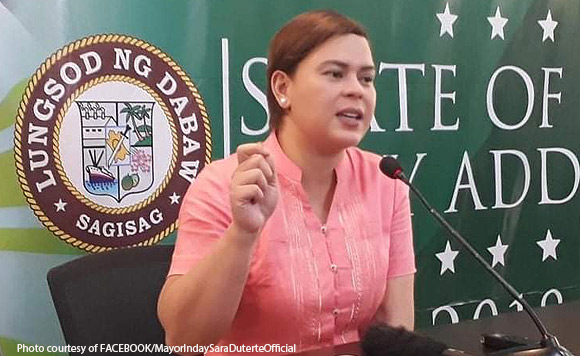 Davao City Mayor Sara Duterte-Carpio has issued an executive order extending until June 30, 2022 the modified guidelines on liquor ban and the lifting of curfew within the city.

“As such, no person or entity shall sell liquor or any alcoholic beverages within this time period,” she said.

The Order also mandates a 24-hour daily ban on serving liquor for consumption in bars, restaurants, sari-sari stores, wet markets, videoke, and other business establishments; and drinking liquor in public places, including, but not limited to streets, alleys, pathways, and outside of gates.

Liquor may only be served and consumed inside private properties.

Meanwhile, the curfew time in all public places in the city is also lifted.