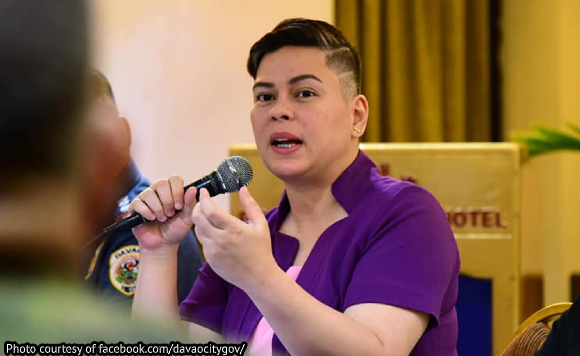 The presidential daughter said the photo was taken early in March 2017 in Davao City when the President visited a private hospital after she gave birth to her son, Stonefish.

“This photo has been going the rounds on social media now and presented to appear like it was recently taken. That it is malicious and presented to confuse the public and stir outrage against the President and the healthcare workers is obvious,” she said.

“It tastes poorly as the country is fighting against the spread of the deadly Covid-19 infection,” Duterte-Carpio said.

She said the use of such photo to attack her father shows the “desperation of anti-Duterte groups.”

The mayor said such political attack in this time of health crisis should be immediately rejected and condemned as it is also a disrespect to the sacrifices of the healthcare workers who are on the frontlines.

“Our common enemy is toxic and deadly enough. We should not allow our common resolve to overcome this health crisis be poisoned by the political toxicity of those who are against the government,” she said.

The malicious photo which Duterte-Carpio was referring to was posted by Facebook user Andy Velon, tagging the Freedom Society. The photo has the caption, “No social distancing, no face masks, he is not wearing any PPE. This is how the virus spreads.” #