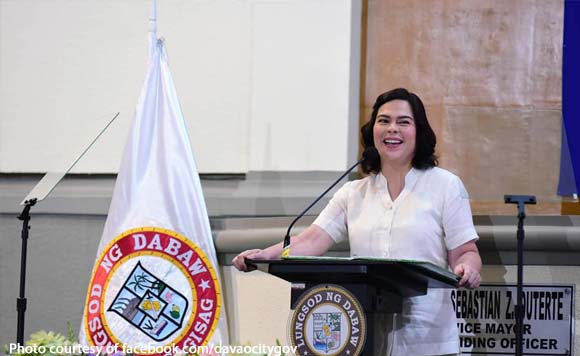 The growth in investments resulted in higher revenue collections and the opening of more job opportunities for the Dabawenyos, the local chief executive said in her State of the City Address (SOCA) Monday, October 14.

Duterte-Carpio said more local taxes are collected, thus, on its way to surpass the internal revenue allotment (IRA) as the main fund source to finance the city’s projects.

“The goal is to limit our dependency on the internal revenue allotment or IRA so that we can finance more programs that are not among those restricted for IRA use,” she added.

Aside from the increase in investments, improved revenue collection, the mayor also highlighted the various infrastructure projects in the education and health sectors such as the establishment of the five Botika ng Bayan and more than 100 classrooms for the school children.