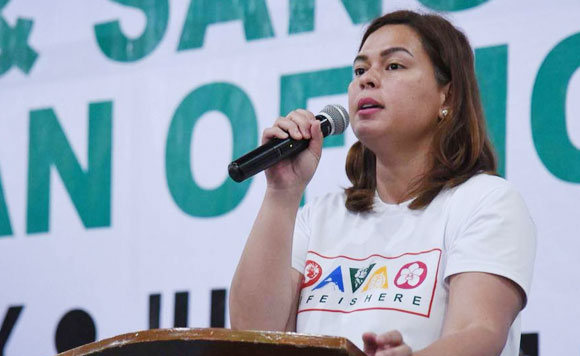 Davao City Mayor Sara Duterte-Carpio has warned the public about individuals and groups using her name in their “spurious money-making activities.”

In a statement Wednesday, February 19, the local chief executive said such group operating in Davao Region was allegedly involved in inviting residents to a meeting regarding giant clams or taklobo trade.

“Please be informed that I am not involved in this activity,” she said.

“That this group is using my name to lure residents into being involved should serve as a strong indicator that this is nothing but a scam out to victimize poor, unsuspecting individuals,” the presidential daughter added.

She recalled that last year, a group also used her name in its illegal taklobo activities in Calatagan, Batangas.

Duterte-Carpio urged the public to immediately report such illegal activities to the authorities so that appropriate charges could be filed.

She noted that under Republic Act 10654, or the Philippine Fisheries Code, harvesting or selling or buying or transporting of taklobo is illegal.