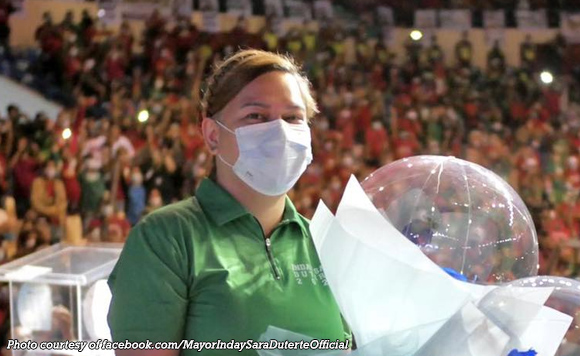 Outgoing Davao City Mayor and Vice President-elect Sara Duterte has assured that the city’s big-ticket projects that are currently under development will continue.

Duterte said that she has taken preliminary measures to safeguard the continuation of these projects by issuing directives to Assistant City Administrator Atty. Tristan Dwight Domingo; project head of both the HPBS and WTE.

“We had a meeting with the officer-in-charge of the HPBS and WTE. I initially gave him instructions to make sure that there is dialogue with the DENR (Department of Environment and Natural Resources) and DoTr (Department of Transportation) under the Duterte administration so that the projects will be endorsed during the transition to the Marcos administration,” she said.

The HPBS project, which has secured funding from the Asian Development Bank, is currently in its contracts-bidding phase. The project aims to provide a cleaner and more convenient intercity transport system in Davao while curbing carbon emissions with the use of hybrid and electric buses.

Meanwhile, a lot in Biao Escuela in Tugbok District has been purchased for use as the WTE facility site. The WTE project was planned through the coordination of Davao City and its sister city Kitakyushu, Japan. This project is the city government’s response to the waste management problem as the city’s landfills are approaching full capacity.

Duterte also expressed hope that the P19 billion Davao-Samal bridge will be realized in three to four years. She thanked President Rodrigo Duterte’s administration for initiating the project, which is funded by the People’s Republic of China.