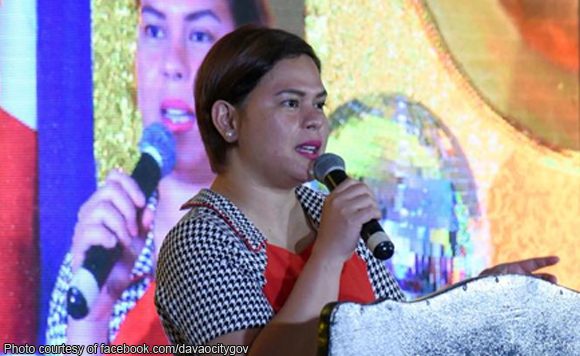 Davao City Mayor Sara Duterte-Carpio admitted Wednesday that her family could be considered a political dynasty.

This was after her youngest brother, Sebastian “Baste” Duterte filed his certificate of candidacy as her vice mayoralty candidate in the May 2019 elections.

“We really cannot deny that, sasabihin ng mga detractors,” the presidential daughter said when asked about her family being a political dynasty.

“Yes, it is a political dynasty but in a sense that we are submitting ourselves to an election. So it’s still a democratic process,” Duterte-Carpio said.

She said even in other parts of the country or abroad, there is a political dynasty.

Duterte-Carpio will run again as mayor of Davao City, while her other brother, former Davao City Vice Mayor Paolo Duterte, will seek a congressional seat at the 1st District of Davao City.