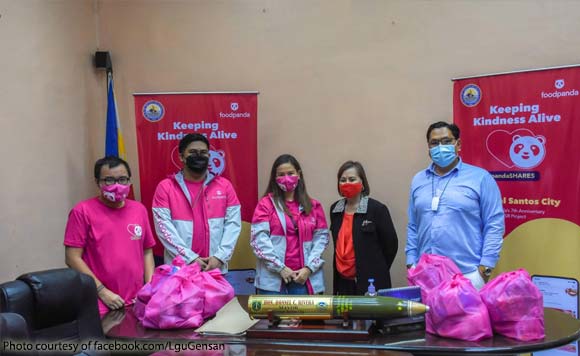 Another 500 meals and more than 500 Foodpanda vouchers will also be distributed to frontliners Wednesday, June 30.

Gensan was one of the three cities chosen by Foodpanda in the whole country for its big contribution not just in addressing safety and demands of orders of the customers by providing different food and essentials through delivery service so people could stay at home safely, but also in growth and expansion of the said food delivery service in the city, the local government said.

“With these donations, Foodpanda’s initiative hopes to alleviate the struggles of our frontliners who continue to serve our fellow Generals who have been affected by the ongoing pandemic,” it added.