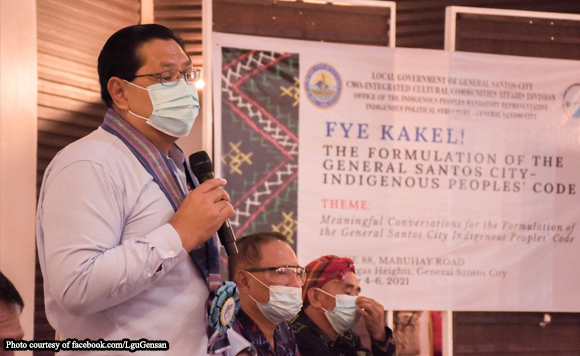 The mayor said the Code will seal the aspiration of the IPs and will give direction and continuity to the programs for them when there will be a change of leadership in the city and the barangays.

The Code generally aims to provide the basis for conscious and planned development for the IPs and providing them the substantial opportunity of access to government resources for the same, the local government said.

Specifically, the Code aims to guide the city government, Barangay LGUs,, concerned line agencies, and non-governmental organizations in the planning and implementation of programs, to recognize the rights of the IPs to decide on their priorities for development, to respect the indigenous legal systems as a tool for dispute resolution, identification of the extent of ancestral domain, and to give the utmost regard and affirm the rights of the IPs to the proper management and use of their land and other resources, it said.

The local government said the Code is targeted to be presented to the Sangguniang Panlungsod members for first reading by December this year.