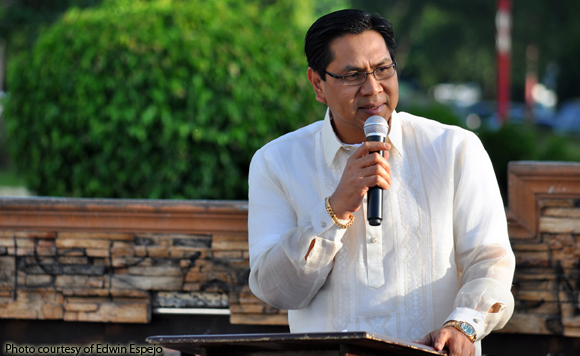 GENERAL SANTOS CITY – The city government is planning to build a modern public transport terminal complex that will serve as the main hub for public utility vehicles plying various routes in Region 12 (Soccsksargen) and the neighboring areas.

City Mayor Ronnel Rivera said Friday they are currently working on the development plan for the proposed new land transport terminal project, which will rise in Purok 14-Lanton, Barangay Apopong.

He said the site is situated near a 30-unit warehouse project of the JM Sabel Property Management Services, an investment endorsed and registered with the Philippine Economic Zone Authority.

“The owner of the warehouse project will be donating five hectares for the city terminal,” he told reporters.

The mayor said the planned transport terminal will cater to passenger buses and other public utility vehicles operating in the area.

Once realized, he said the project will be a “good boost” to the city’s economy and at the same time serve the public transport needs of the area.

The city’s main land transport terminal is situated in a crowded portion of Barangay Dadiangas North near the downtown area.

Due to its limited space, operators of passenger vans were prompted to put up private terminals in other parts of the city.

An earlier study conducted by the local government said the current Bulaong terminal has so far failed to cope with the city’s growing passenger traffic.

It said the existing terminal facility lacks appropriate facilities and technologies for product handling, its overall features are way below international standards and have contributed to the congestion of the city’s central business district.

Meanwhile, the 30-unit warehouse project of the JM Sabel Property Management Services will have an area of 1,000 square meters each that are designed to accommodate storage facilities with freezers for tuna products.

The warehouse units will also feature an independent supply of power and energy as its roofs will be composed of solar panels with individual water tanks per unit.

“Despite the pandemic, there are people who still willing to take the risk and invest here in the city. This is what we want in the local government, we want to make the city a better place for investment and opportunities,” he said. (PNA)