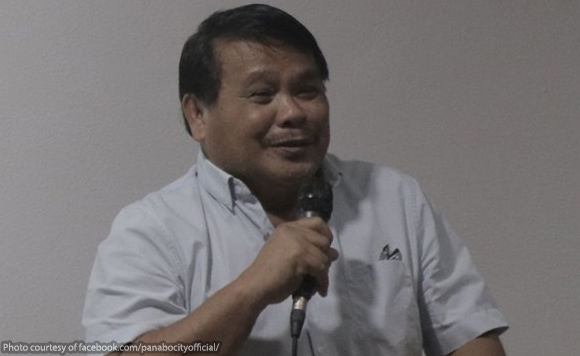 0 164
Share
Want more POLITIKO News? Get the latest newsfeed here. We publish dozens and dozens of politics-only news stories every hour. Click here to get to know more about your politiko - from trivial to crucial. it's our commitment to tell their stories. We follow your favorite POLITIKO like they are rockstars. If you are the politiko, always remember, your side is always our story. Read more. Find out more. Get the latest news here before it spreads on social media. Follow and bookmark this link. https://goo.gl/SvY8Kr

Panabo City Mayor Jose E. Relampagos has canceled major events, including the Araw ng Panabo, that have been scheduled to take place next month “for the reason of public health and safety.”

Aside from the Araw ng Panabo activities on March 1 to 31, his State of the City Address on March 16, and the PBA Game of San Miguel Beermen vs Meralco Bolts on March 28, would not also push through, the local chief executive said.

“The advisories and news from the national government and the World Health Organization have continually warned our country on the increasing 2019 Corona Virus Disease or COVID-19 outbreak (previously termed as 2019-nCoV ARD). Although there are no confirmed cases in our Region as of today, I am determined to implement precautionary measures in the city of Panabo and follow DOH (Department of Health) and DILG (Department of Interior and Local Government) guidelines against the disease,” he said in a statement posted on the city government’s Facebook page Thursday, February 13.

He also ordered halting similar events organized by the barangay and city governments until further notice.

“Private organizers are likewise strongly advised to suspend similar events in the city of Panabo,” the official said.

To avoid panic and misinformation, Relampagos said that proper and accurate information regarding COVID-19 should only be coming from the DOH and the city government of Panabo. #