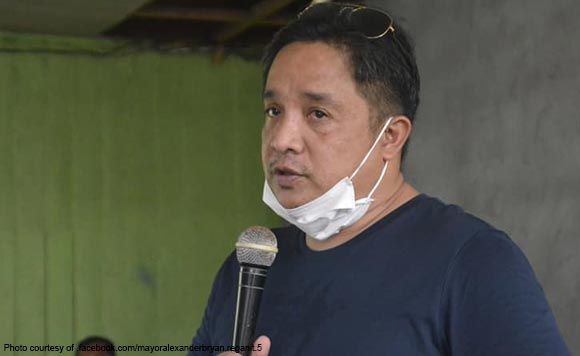 GENERAL SANTOS CITY — A coastal village in Maitum town, Sarangani province was placed under total lockdown on Wednesday as health workers expanded the contact-tracing for a confirmed coronavirus disease 2019 (Covid-19) patient from the area.

Maitum Mayor Alexander Bryan Reganit said they restricted the movement of all residents of Barangay Mabay to facilitate the proper tracking of all direct and secondary contacts of a 70-year-old fish vendor who has tested positive of the disease.

He said they sealed off all access roads leading to the barangay to prevent residents and other individuals from coming in and out of the area.

On Tuesday, he said the municipal government initially placed under isolation the family members of the patient and other adjacent households.

“We will be observing everyone there for 14 days and check if they manifest any sign and symptom for Covid-19,” he said in a radio interview.

Reganit said the patient, the first in the province, remains in stable condition and undergoing strict quarantine at the isolation facility of the Sarangani Medical Center in Alabel town.

The patient has not returned to the municipality since he was confined at the hospital 15 days ago, he said.

The Provincial Health Office earlier said the patient has already recovered from his symptoms and was about to be discharged when the positive test result from the Southern Philippines Medical Center laboratory came out on Monday afternoon.

On Tuesday, the mayor said the Covid-19 patient was subjected to rapid diagnostic test and it turned out negative.

But, he said they cannot be complacent about the result since it still requires confirmation through Polymerase Chain Reaction (PCR) testing.

Reganit said only health authorities, especially the Department of Health, can release official findings regarding the status of the patient.

As to the contact-tracing, he said they have already tracked down the initial close contacts of the patient, who has no history of travel outside Maitum and remained in the area for the past several months.

He said none among the latter’s children based outside the town, especially those from South Cotabato, have visited the area in the last two months.

But, he said they were still reaching out to a nephew of the patient, a van driver based in a neighboring town, who had reportedly visited him.

“Rest assured that we’re doing everything to trace all these contacts to determine whether this is a case of local transmission,” he said.

The mayor added that the town’s borders will remain closed to non essential travels and all modes of public transportation as the area observes the extended general community quarantine. (PNA)

Duterte says 4 areas in Mindanao under GCQ until Dec. 31