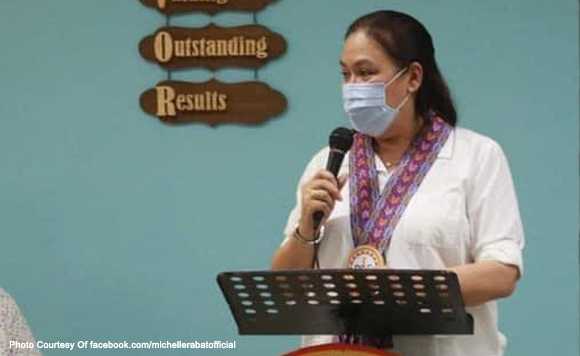 Rabat, in the change of command ceremony held at the Davao Oriental Provincial Police Office in Mati, said that it was with a heavy heart to see her friend and confidant Aying retiring already from the Philippine National Police (PNP).

“I really hate to see him go because I do have a good working relationship with him,” she said.

The mayor gave the credit to Aying for his leadership in providing outstanding performance for the PNP Mati.

Rabat offered Aying a post in the local government after his retirement, which he made a positive reply.

As to Gregore, the mayor said she requested the PNP leadership to install him as the city’s new police chief.

She recalled that when then Capt. Gregore first joined Mati PNP, the city was on a crisis fighting for its citythood.

And Gregore was there despite the little budget that Rabat had for the PNP and they had performed well together with Capt. Leslie Bejaren.

The mayor added that she is really proud of them and had fond memories working with them. #