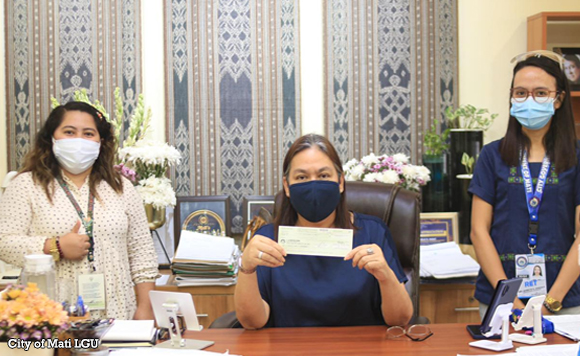 Mati City Mayor Michelle N. Rabat has received P3 million cheque from the Department of Agriculture (DA) for the modern urban agriculture facility projects in three barangays in the city.

DA Region 11 representative Merriel Aglibot handed over the cheque to the mayor on Tuesday, June 8, intended for the modernized urban agriculture facilities like greenhouse with hydroponics.

Rommel Avance of the Mati City Agriculture Office said that aside from the P3 million cheque, DA 11 also gave Mati additional P4.5 million to be used for the purchase of four hauling trucks.

The hauling trucks will have 10 tons capacity in order to help the vegetable farmers in the Farmer’s Market Bagsakan Center, also known as Lapagan, he said.