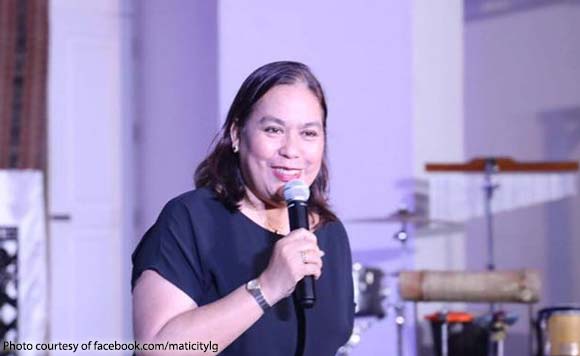 The local chief executive vowed to support the Duterte administration to the end.

“As expected, President Rodrigo Duterte has again spoken from the heart and he has delivered. The Filipinos know too well where he is coming from. At the start of his administration in 2016 until the end of 2019, the Duterte administration was doing great. Then came Covid-19,” she said in a statement.

As a mayor, Rabat said she knew the “debacle” that Duterte is experiencing in choosing between bringing progress and development to the people versus protecting the health and welfare of the public against Covid-19.

“I cannot imagine, what would our country be if President Duterte is not at the helm of power when Covid-19 struck. Saan kaya tayong kangkungan pupulutin?” Rabat said.

She welcomed Duterte’s call to Congress for the creation of the Department of Overseas Filipinos, noting that there are several overseas Filipino workers from Mati who need protection.

Rabat also thanked Duterte for his administration’s relentless campaign against illegal drugs and effort to end insurgency in the countryside.

“But many are still to be accomplished. Thus, we need someone to continue the work President Duterte (has) started. And we will support this administration to its very end. To President Rodrigo Roa Duterte, you did well mayor and you inspire us all to do better,” Rabat said.