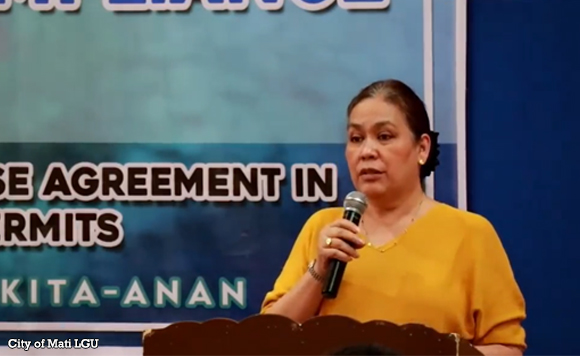 Mati City Mayor Michelle N. Rabat has urged the residents in the city to continue cooperating with the government to prevent the spread of new Covid-19 variants, including the South African variant that caused the death of one Matinian last month.

Rabat, in a statement, said the local government has been warning the public of the possible new variants entering the city since last month.

“Because we are resigned to the fact that it will come to our city and it is only a matter of time. But we are prepared,” she said.

Rabat noted that the campaign for City Ordinance No. 427 or the “Disiplina Panahon sa Pandemya Ordinance” has been ongoing.

She said the LGU has authorized the purok presidents and barangay tanods to issue citation tickets against violators of the ordinance.

“This is to instill discipline in our community,” she said.

“The City of Mati LGU has been preparing for the worst. And we can handle any new variants with the help and cooperation of our people. The fight against pandemic is far from over and we will forge on,” the mayor added.