Mayor Moreno debunks Duterte: We know deep in our hearts how we love Sen. Nene 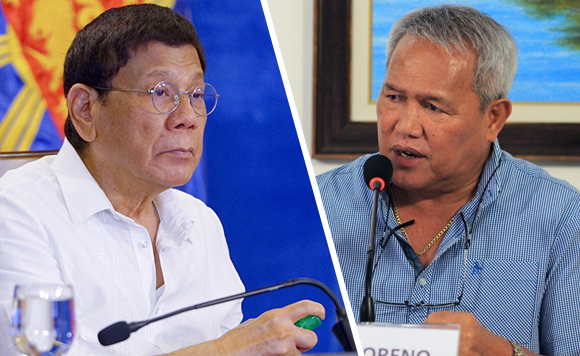 “We know deep in our hearts how we love Senator Nene,” the local chief executive said in Malacanang press briefing.

Moreno admitted that they were hurt by Duterte’s statement against Pimentel.

He said it would be a “fair game” if Duterte’s claim was only directed to Senator Aquilino “Koko” Pimentel III since he could defend himself.

“So, I’m sure the President did not mean that, siguro kay Senator Koko, I would say Senator Koko can defend himself but not in the case of Senator Nene,” he added.

Duterte earlier said that the Pimentels were not known in Cagayan de Oro City and they could not win there even for a barangay captain race.

He also said that the Partido Demokratiko Pilipino-Lakas ng Bayan (PDP-Laban) was just a “father and son party,” which had been sleeping for a hundred years until he joined the group when he ran and won in the 2016 presidential race.

The late Pimentel founded PDP-Laban, which is currently divided into two factions – one led by Energy Secretary Alfonso Cusi and the other headed by Senator Manny Pacquiao.

Duterte is supporting Cusi’s camp while the younger Pimentel is backing Pacquiao’s faction.