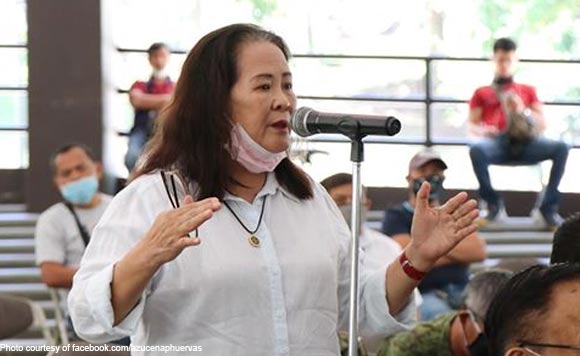 Valencia City Mayor Azucena P. Huervas has placed a barangay in the city under the “strict” enhanced community quarantine (ECQ) after one of its officials was confirmed to have contracted coronavirus disease following his arrival from a derby in Matina, Davao City.

Under Executive Order (EO) No. 31, Series of 2020, Huervas ordered the placing of Barangay Lumbayao under strict ECQ starting 6:00 p.m. of April 9 until 6:00 p.m. of April 26 to contain the spread of the virus in Valencia City, Bukidnon.

“The first case of COVID-19 positive in Valencia City is confirmed by laboratory test result released on 9 April 2020,” Huervas said in the EO.

“The patient is a resident and public official of Barangay Lumbayao, Valencia City, Bukidnon who has had contacts with other residents since his arrival from a derby in Matina, Davao City where he had exposure to the virus,” she said.

The mayor said that contact tracing and other measures are now being conducted by the Valencia City Task Force Against Covid-19, the City Health Office (CHO) and Disease Surveillance Teams to contain the spread of the virus.

During the period of the ECQ, Huervas said among the measures being enforced are suspension of all land transportation, except emergency vehicles; delivery trucks carrying basic necessities, prime commodities and agricultural products; military and police vehicles; authorized government vehicles; buses trucks and other vehicles sanctioned by the City Government for relief operations; and all other vehicles authorized by the City Mayor; checkpoints have been placed to secure the borders of Barangay Lumbayao, strict home quarantine, and mandatory wearing of face masks and extreme social distancing.