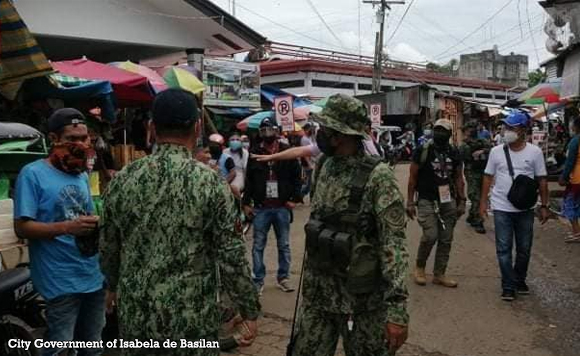 The team led by Administrator Joel Zanoria will ensure that the city’s major commercial roads and their respective sidewalks have no obstructions.

“With the return to MGCQ on June 11, a rush of people is expected to fill the city’s busy streets once again, thus the necessity to ensure that all measures to clear roads and sidewalks of all unnecessary and illegal obstructions are made before then,” the city government said.

It said that road clearing operations have been a priority of the Hataman administration in compliance with the regulations of the Department of Interior and Local Government (DILG).

The city government warned sidewalk vendors that their products will be confiscated and they can also be penalized if they fail to move to private lots and previously designated areas, such as Acme Lot and Port Area.

Prior to return to MGCQ, the most relaxed quarantine classification, the city is under GCQ.