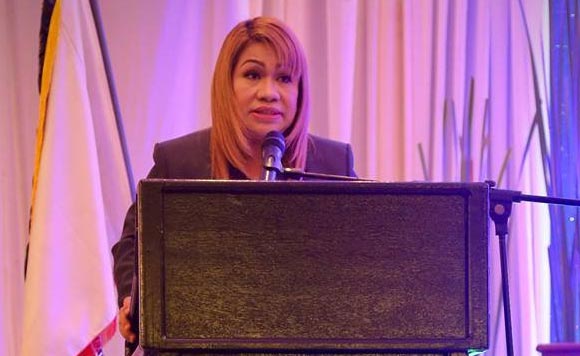 Cotabato City Mayor Frances Cynthia Guiani-Sayadi has assured the households with members belonging to the informal sector or the underprivileged that they would receive the social amelioration package of the national government.

The mayor issued Tuesday, March 31, the guidelines of those who could benefit from the program.

“Don’t worry, as long as you enter these guidelines you will receive. Just wait for your barangays / neighborhood leaders to house for the Social Amelioration Cards to be given,” she said.

Under her memorandum she issued, the beneficiaries are the poor or informal sector who may have at least one member belonging to the senior citizen, person with disability, pregnant and lactating women, solo parents, and indigent indigenous people.

Other beneficiaries are the underprivileged sector and homeless residents; informal economy workers; persons operating independent, small-scale industries, market vendors and ambulant vendors with assets of less than P100,000; poor farmers, fisherfolk and farm workers whose monthly income is under the poverty line; and stranded workers in the city.

“But if you have already filled up the previous form that your barangays shared, don’t worry because they are still valid. DSWD (Department of Social Welfare and Development) is only another directive giving forms with bar code. But rest assured, all those who have already filled up forms will still enter validation,” she said.

The bar code is for security purposes only.

The local chief executive said that the beneficiaries of the 4Ps or the conditional cash transfer program are automatically included in the program.

Under the national government program, over 18 million households could received between P5,000 to P8,000 while there is an ongoing state of health emergency and state of calamity due to coronavirus disease pandemic.