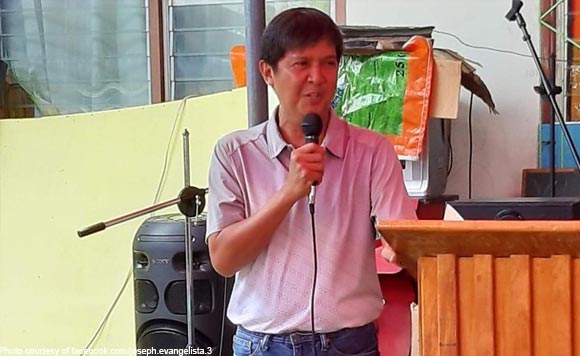 0 107
Share
Want more POLITIKO News? Get the latest newsfeed here. We publish dozens and dozens of politics-only news stories every hour. Click here to get to know more about your politiko - from trivial to crucial. it's our commitment to tell their stories. We follow your favorite POLITIKO like they are rockstars. If you are the politiko, always remember, your side is always our story. Read more. Find out more. Get the latest news here before it spreads on social media. Follow and bookmark this link. https://goo.gl/SvY8Kr

Kidapawan City Mayor Joseph Evangelista has approved the postponement of some activities for the upcoming 22nd Charter Day of the city due to the threat of the deadly novel coronavirus.

The decision was reached following the recommendation made by the City Health Office, Department of Education (DepEd) City Schools Division and the City Tourism Office.

Among the activities which were deferred were the Drum and Lyre Competition and the Thematic Costume Parade. Supposedly, they were the main events for the Kidapawan City’s 22nd Charter Day, which will be held on February 10-14.

The recommendation for the postponement of some activities was based on the directive issued by the Department of Interior and Local Government, Department of Health and DepEd.

The said activities would still push through once there is no more threat of nCoV, the city government said.

Other activities to mark the city’s Charter Day will continue, it added.