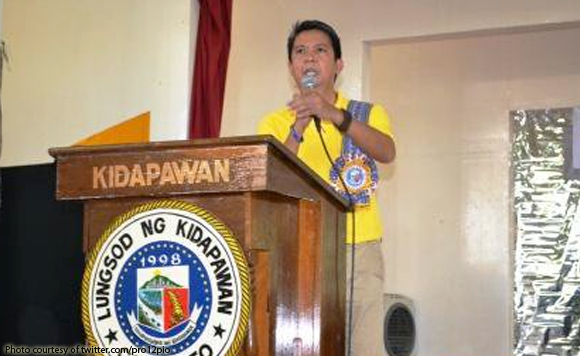 Kidapawan City Mayor Joseph A. Evangelista has issued an executive order mandating the observance of a four-day workweek in the offices of the city government and barangay local government units (LGUs) amid the rising cases of coronavirus disease.

Under EO No. 73, which was signed Monday, September 21, Evangelista said the four-day work week will be for 30 days from the signing of the order unless further extended by a subsequent EO.

“For this purpose, City Hall office hours, including barangay offices, shall cater to public transactions from Monday to Thursday only. In addition to regular daily disinfection activities, Friday shall be spent for general disinfection of all city government and barangay offices,” he said.

The number of hours supposedly spent for work on Fridays shall be properly and proportionally compensated by the remaining workdays, such that work from Monday to Thursday shall be from 7:00 a.m. up to 6:00 p.m., he said.