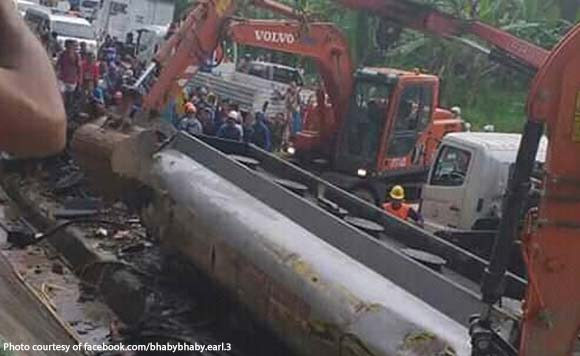 Mayor Joseph A. Evangelista, in behalf of the city government of Kidapawan, has extended his deep sorrow for the sudden death of the water tanker helper who offered his own life to serve the victims of the earthquakes in the town of Makilala and Kidapawan.

“Sensing danger following the break malfunction of the water tanker carrying 7 tons of potable drinking water, Cabrera bravely shouted to the incoming vehicles on the opposite lane to maneuver at the shouldering to avoid collision with their vehicle,” he said.

He said if Cabrera did not give signal to the incoming vehicles, there could be multiple injuries and deaths.

Evangelista said they also pray for the fast recovery of driver Jimmy Caben, who sustained multiple physical injuries and is now being treated in a hospital.