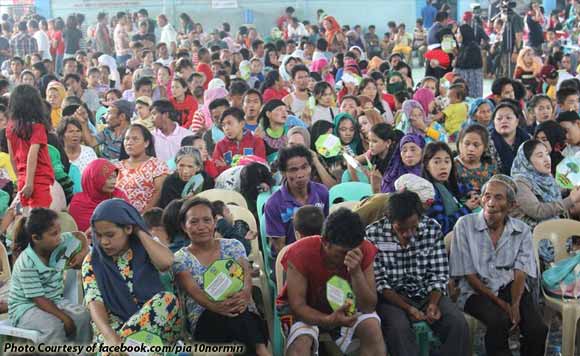 Davao City Mayor Sara Duterte said that P1 million worth of sacks of rice are ready to be sent to Iligan City which is currently hosting evacuees from the nearby city of Marawi.

“We have a plan to send relief goods to Iligan City, but we can’t deliver it immediately as there are safety and security issues to consider. The problem is the safety of the people (who will deliver the goods), the trucks and the relief goods itself,” Mayor Duterte was quoted as saying in a SunStar Online report Tuesday (May 30).

Marawi in Lanao del Sur is the site of heavy fighting between government troops and ISIS-linked Maute Group terrorists, which entered the city last May 23. The lady politiko’s father, President Rodrigo Duterte, declared Martial Law in Mindanao that day to address the situation.

Displaced Marawi folk have since flocked to the safety of Iligan.

Mayor Duterte said they will transport the relief goods to Iligan once the Davao government finalizes the delivery details with the Armed Forces of the Philippines (AFP).

“Busy pa talaga sila and we understand. But it is only them who can assist us, so we have to sit down with them,” she said. #