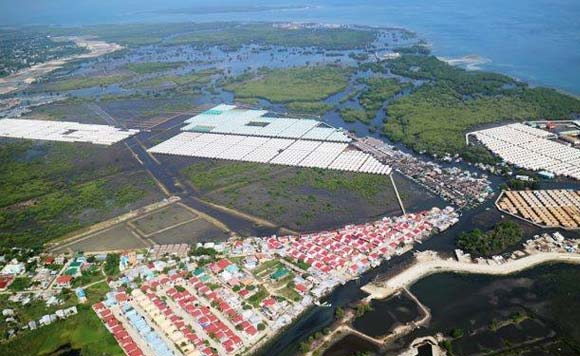 Zamboanga City Mayor Beng Climaco has clarified that the local government has no participation in the awarding of contracts in the housing projects for the displaced residents of the 2013 siege.

The local chief executive made the statement following the collapse of a foot leading to the housing-on-stilts in Rio Hondo during the inspection of the project by some local officials, including her, on April 26.

Climaco said the city government’s role in the project under the Zamboanga City Reconstruction, Rehabilitation and Recovery (Z3R) was limited to regulatory and coordination.

She said the projects were undertaken by the national government through the National Housing Authority (NHA).

“The city government regulates and coordinates with agencies concerned in the implementation of the housing project, and we have no participation in the processing and awarding of contracts to the contractors,” she said in a television interview on Thursday, May 3.

She reiterated that when the projects were being undertaken, her office proposed that an independent monitoring be done.

Substandard materials were allegedly used in the projects, including on the footbridge that collapsed.

Climaco and other officials, including Negros Occidental 3rd District Rep. Alfredo Benitez, fell on the murky water when the incident happened.