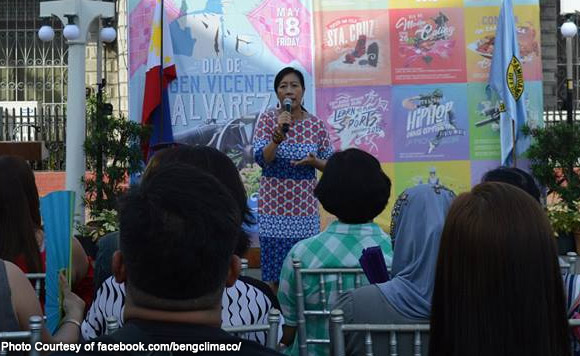 Zamboanga City Mayor Beng Climaco has reiterated her call to Zamboangueños to remain vigilant amid fresh threat by some forces to disrupt the city.

Climaco, in a speech during the commemorative program for “Dia de Gen. Vicente Alvarez,” Zamboanga’s revolutionary leader, on Sunday, May 20, cited reports that the Moro National Liberation Front (MNLF) was trying to claim certain areas in the villages of Patalon, Pamucutan and Taguiti.

“We are again challenged by forces that want to disrupt the city,” she said.

But she stressed, “We can never allow that to happen because they are not authorized to set up communities in Zamboanga per guidance of the OPAPP (Office of the Presidential Assistance on the Peace Process).”

She said the celebration of Dia de Gen. Vicente Alvarez was a call for Zamboangueños to remain united and vigilant in rooting bad forces out of Zamboanga just as Alvarez did to the Spanish colonizers.