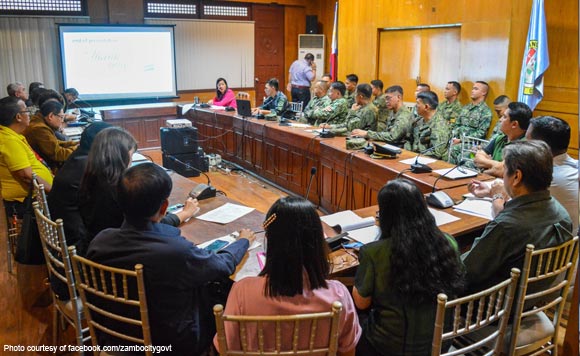 0 178
Share
Want more POLITIKO News? Get the latest newsfeed here. We publish dozens and dozens of politics-only news stories every hour. Click here to get to know more about your politiko - from trivial to crucial. it's our commitment to tell their stories. We follow your favorite POLITIKO like they are rockstars. If you are the politiko, always remember, your side is always our story. Read more. Find out more. Get the latest news here before it spreads on social media. Follow and bookmark this link. https://goo.gl/SvY8Kr

Zamboanga City Mayor Beng Climaco has renewed her order to the police and military to tighten security after she observed “lapses” in some areas in the city that she recently checked.

“The opportunity for them (terrorists) to attack is always there. So, what we should do is deny them that (opportunity), especially now that Zamboanga City is under full alert status (coded Red),” Climaco said when she convened the City Peace and Order Council (CPOC) meeting Thursday, July 4, at City Hall conference room.

The local chief executive lamented what she termed as “breach of security” and certain lapses in security measures for places of worship that she personally observed, particularly at Fort Pilar Shrine.

“The security (in that area) was not tightened. There were no security checks or frisking of people going inside, and some people were seen entering a supposedly restricted (no entry) area,” she said.

She asked the Tourist Police Action Center to address the matter.

The full alert status in the city came after the June 28 suicide bombings in Indanan, Sulu last June 28 that killed eight people, including the two alleged suicide bombers, and injured several others. #