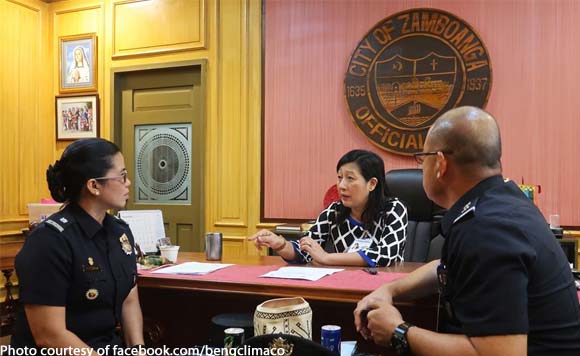 The mayor took the opportunity of discussing about the series of fire incidents that occurred in the city the past weeks.

She said all fire station commanders in the city should dialogue with their respective barangay officials to conduct fire risk assessment and consequently undertake fire prevention strategies.

“We hope to continually prevent incidents of fire in the city,” Climaco said.

During the meeting, Ortega also discussed about her priorities as well as preparations for the proposed rehabilitation of the BFP building and the installation of Christmas lights and decors in City Hall.

Check out these new painting of Rodrigo Duterte III