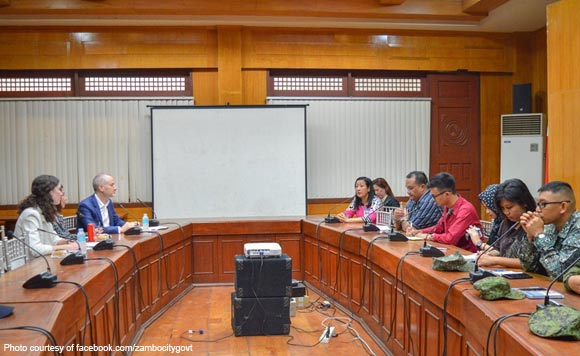 Zamboanga City Mayor Beng Climaco has proposed the city’s hosting of an international conference to counter violent extremism and terrorism.

The local chief executive made the proposal after her meeting with the Gottlieb Duwan, First Secretary, US Embassy and head of Political Affairs and Counter Terrorism, and Randi Michele from the US State Department Monday, June 10.

The foreign officials, Climaco and the Technical Working Group-Preventing and Countering Violent Extremism and Terrorism (TWG-PCVET) discussed the local government’s efforts in CVET in the city.

Climaco also underscored the need to involve the youth sector in the conference as they are the most vulnerable to recruitment by the terrorist and radical groups.

“The delegation appreciated the LGU efforts and expressed intention to help the LGU-TWG-PCVET to strengthen the campaign and vowed to discuss the proposed international forum with their higher ups for appropriate action,” the city government said.

Davao City to declare 15 areas ‘no build, habitation zones! Residents to be relocated