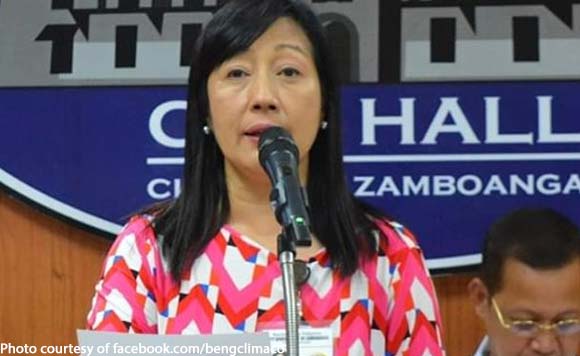 Zamboanga City Mayor Beng Climaco has ordered an investigation and possible filing of charges against those involved in the unauthorized Moro National Liberation Front (MNLF) forum supposedly on peace and federalism in the city.

Climaco, who heads the Peace and Order Council in Zamboanga Peninsula Region, said apparently there was a pattern of certain individuals who would use the name of the national government and that of President Rodrigo Duterte to make profit out of fees to be collected from such activity.

“The matter has to be blottered and investigated by the police to prevent repetition of the same in the future. Find out what charges to be filed against them, probably misrepresentation,” she said.

Climaco was referring to Eagles Muksan Taguid-id, former mayor of Pata, Sulu, forum director, and Eagles Jubail Kamlian, retired navy, Armed Forces of the Philippines, forum coordinator, who wrote her a letter, requesting for permit to conduct the MNLF forum on peace and federalism in the city, supposedly last Oct. 30 at Amil’s Hotel. Some 400 to 500 top MNLF leaders and sympathizers were believed to attend the said activity.

Upon recommendation by the local security forces, the city government denied the request for security concerns.

Climaco said she denied the request for permit after checking with Peace Adviser Carlito Galvez Jr. and the Office of the President that they have not sanctioned such forum.

The MNLF Central Command in its post on social media had also denied having approved such activity.

The city government noted that some residents in barangays Sta. Catalina, Kasanyangan and nearby villages had abandoned their homes Tuesday night, October 29, after receiving text messages that the MNLF members were planning to attack the city once again after the mayor denied their request to hold a forum in the city.

Security forces had to lockdown Sta. Catalina to check on every house if there was any presence of armed men. No one was sighted though, the local government said.

Collapsed Ecoland condo in Davao should be demolished – Sara