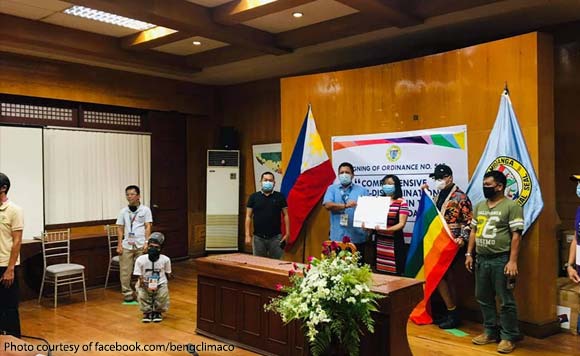 Zamboanga City Mayor Beng Climaco has signed into law an ordinance against discrimination.

The city government said the approval of Ordinance 543 or the Comprehensive Anti-Discrimination Ordinance on Wednesday, October 14, is another milestone in the history of the city.

Also present during the signing ceremony held at the City Hall Conference Room were Vice Mayor Rommel Agan, who is one of the authors of the ordinance, Councilor Tungku Hanapi, and representatives of various sectors and groups such as LGBTQIA, persons with disabilities, interfaith and indigenous peoples.

Mayor Evangelista asks parents to have kids vaccinated vs measles