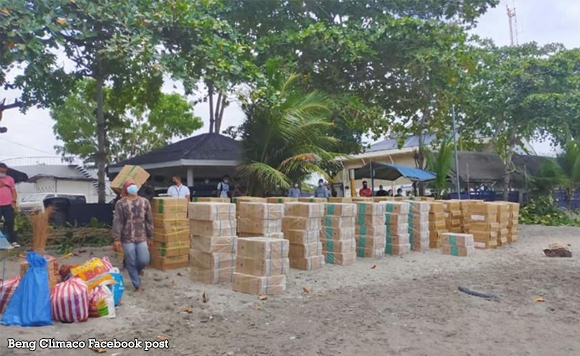 Zamboanga City Mayor Beng Climaco has hailed the Philippine Coast Guard and the Philippine Navy for their commitment in the fight against smuggling after they intercepted a motorized banca loaded with P7.125-million worth of cigarette contraband off Recodo.

On board the jungkong were 10 individuals composed of crew members and passengers, all from Barangay, Zone 3, Jolo, Sulu. The individuals were found to have no requirements to enter Zamboanga City though they claimed to be residents of the city.

The crew could not also not present documents for the cargoes.

All those involved face charges for alleged violation of Section 1401 and other related provisions of Republic Act 10863 or the Customs Modernization and Tariffication Act of 2016, and regulations of the Bureau of Internal Revenue in relation to Executive Order No. 245, also known as the “Amended Rules and Regulations Governing the Exportation and Importation of Leaf Tobacco and Tobacco Products and National Tobacco Administration (NTA), Memo Circular No. 03, series of 2004 National Tobacco Authority (NTA).