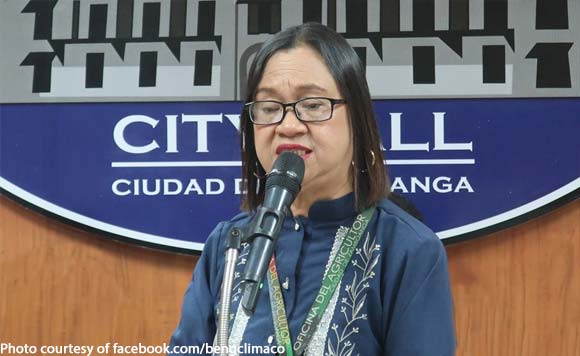 0 100
Share
Want more POLITIKO News? Get the latest newsfeed here. We publish dozens and dozens of politics-only news stories every hour. Click here to get to know more about your politiko - from trivial to crucial. it's our commitment to tell their stories. We follow your favorite POLITIKO like they are rockstars. If you are the politiko, always remember, your side is always our story. Read more. Find out more. Get the latest news here before it spreads on social media. Follow and bookmark this link. https://goo.gl/SvY8Kr

Zamboanga City Mayor Beng Climaco has formed a Fall Armyworm (FAW) Task Force to prepare the contingency plan for the prevention and management of the insect in the city.

Climaco issued Executive Order 511 on October 10 for the creation of the task force headed by City Agriculturist Carmencita Sanchez.

“Aside from preparing the contingency plan for prevention and management of FAW, the task force is also to spearhead advocacy, facilitate the conduct of surveillance and monitoring, coordinate with concerned agencies and stakeholders in the prevention, management and control of FAW, verify reports of infestation and infection outbreaks and come up with appropriate recommendations for action and consolidate and submit regular FAW report,” the local government said.

FAW or Spodopera frgiperda is a specie in the order of Lepidoptera and in the class of Insecta, The larva of the worm is the destructive life stage that causes direct impact on grain yield and quality.

FAW is a pest native to the Americas but since 2016 it has been aggressively moving to other continents including Asia. It is a “polyphagous pest, report on 186 plant species in 42 plant families and has preference for grasses such as corn, sorghum, millet, sugarcane, and grassy weeds with a marked strong preference for sweet corn and baby corn.”