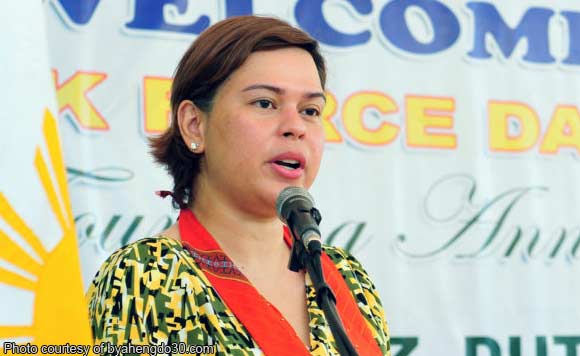 The lady politiko mandated the creation of the committee through Executive Order No. 19, series of 2017.

Signed on April 24, the EO aims to provide a harmonious relationship among government workers, even those who are not non-career employees, a Manila Bulletin online report said.

Duterte, in her EO, said the grievance machinery is the best way to address grievance between or among government officials and employees.

The EO is also the city’s compliance for Civil Service Commission Resolution No. 010113 dated January 10, 2001, which provides for the Revised Policies on Grievance Machinery.

The committee is composed by the city mayor or her representative, the Human Resources head as vice chair, and its members are the Assistant City Administrator for Operations, City Social Services and Development Office Head, and two representatives chosen by an accredited local government employees union, the same report said.

The committee functions as a primary conduit for complaints against fellow city employees.

It is mandated to develop and implement pro-active measures that would prevent grievances, by conducting events such as employee assemblies, counseling, interventions, and other similar activities.