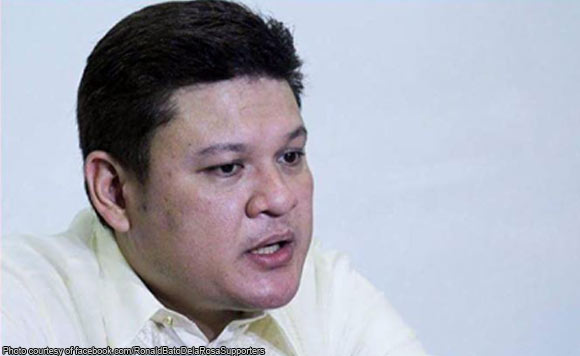 Former Davao City Vice Mayor Paolo Duterte filed Friday his certificate of candidacy (COC) as congressman of the 1st District of the city a the Commission on Elections (Comelec).

While he had not talked yet to his father, President Rodrigo Duterte about his decision, Paolo said that the Chief Executive was aware of his political plans.

“This has been agreed upon by members of the family,” he said, adding that he came up with a decision after months of talks with his family.

Davao City Mayor Sara Duterte-Carpio accompanied her brother during the filing of the COC at the local Comelec.

Paolo said he does not mind having any opponent.

“We are in a democracy so it’s really okay for me if anyone wishes to challenge my bid. Let us campaign and allow the people choose the person whom they think could serve them best,” he said.

For years, the Nograles family held the representation of the 1st District.

Currently, Karlo Nograles is the representative of the 1st District of Davao City. He is on his third and final term.

Paolo quit as vice mayor of Davao City on December 25 last year after his name was dragged into the P6.4-billion illegal drug shipment from China and after his public quarrel with his daughter, Isabelle. He denied any involvement in the drug smuggling.