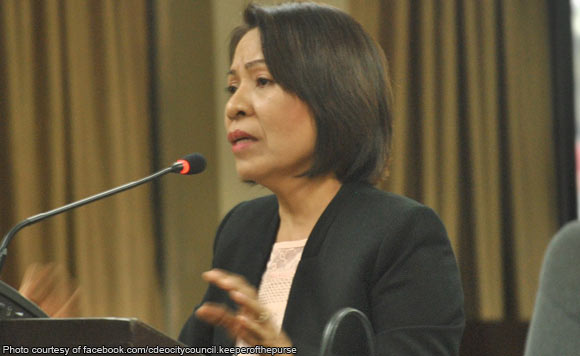 In line with President Rodrigo Duterte’s ongoing campaign against illegal drugs, the Cagayan De Oro City Council is pushing for the approval of an ordinance that would require all city hall employees to undergo a mandatory drug test.

City Councilor Edna Dahino said Monday (April 24) that the ordinance, titled “Drug-Free Workplace Ordinance of 2017,” will not be limited to city hall employees but will include elected officials.

Such drug testing shall be done at the full expense of the city government as a way also of ensuring that those in the government are physically and mentally fit, the lady politiko added.

According to Dahino, the proposed ordinance is pursuant to Memorandum Circular No. 34, Series of 1997 of the Civil Service Commission (CSC), and in accordance with CSC Resolution No. 97 4683, which states that the agency shall promulgate and adopt a policy on pre-employment like mental and physical medical examinations to ensure the highest degree of productivity of its employees.

The ordinance provides that all officials and employees entering the government service shall be required to undergo blood tests, urinalysis, chest x-ray, drug test and neuropsychiatric exam–among others–if necessary.