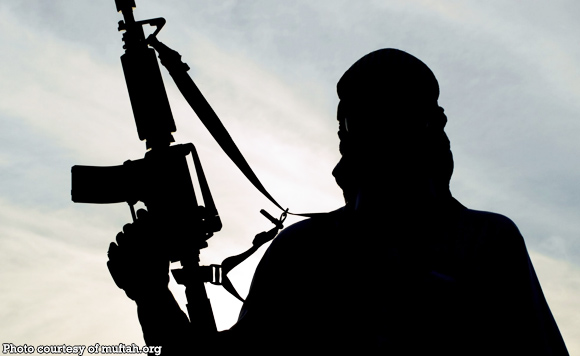 0 105
Share
Want more POLITIKO News? Get the latest newsfeed here. We publish dozens and dozens of politics-only news stories every hour. Click here to get to know more about your politiko - from trivial to crucial. it's our commitment to tell their stories. We follow your favorite POLITIKO like they are rockstars. If you are the politiko, always remember, your side is always our story. Read more. Find out more. Get the latest news here before it spreads on social media. Follow and bookmark this link. https://goo.gl/SvY8Kr

An alleged supporter and a courier of the terrorist Dawlah Islamiya-Maute Group have surrendered to the military in Lanao del Sur.

Lt. Col. Rafman Altre, commander of the 82nd Infantry Battalion, said that Farhan Salik, alias Orak, 20, and Alimoden Maunada, 38, submitted themselves to the government forces Sunday, January 26, two days after an encounter in the boundaries of Piagapo and Balindong.

Those who surrendered handed over one Caliber .30 M1 Springfield Garand Rifle.

They are undergoing custodial debriefing at 82IB headquarters, Altre said.

“We continuously encourage DI- Maute remnants, other local terrorist groups, and their supporters to surrender and return to the folds of the law,” said Col. Jose Maria Cuerpo II, commander of the 103rd Infantry Brigade.