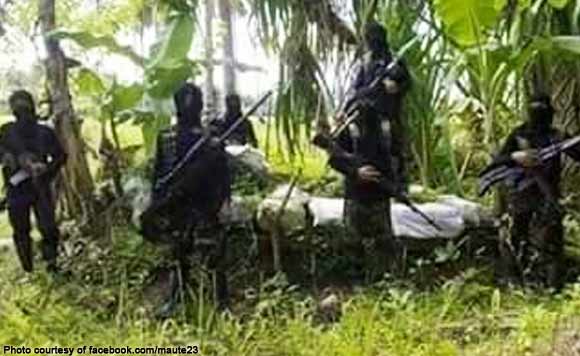 0 843
Share
Want more POLITIKO News? Get the latest newsfeed here. We publish dozens and dozens of politics-only news stories every hour. Click here to get to know more about your politiko - from trivial to crucial. it's our commitment to tell their stories. We follow your favorite POLITIKO like they are rockstars. If you are the politiko, always remember, your side is always our story. Read more. Find out more. Get the latest news here before it spreads on social media. Follow and bookmark this link. https://goo.gl/SvY8Kr

Several Meranao villagers were forced to flee their homes in the wake of gunfights between the Maute terrorist group and pursuing government troops over the weekend.

Emergency workers from the provincial government are now coordinating with the provincial police and the 103rd Brigade to draw up an evacuation plan.

More than 1,000 Meranao families had been affected by the conflict, and are now in makeshift evacuation sites in safer areas.

Lt. Gen. Arnel Dela Vega, commander of the military’s Western Mindanao Command, said their units will help in relief operations for the evacuees.

Dela Vega thanked vigilant villagers who reported having seen Abu Dar and his men converging in an upland area in Tubaran.

Meanwhile, the local government unit of Binidayan town has accommodated 3,571 villagers from Tubaran, who are now in temporary relief facilities.

He said evacuees shall also be secured by soldiers from possible harassment by militants who may try to retaliate for their losses in the Tubaran skirmishes.

The Maute terror group had engaged government troops from May to October 2017 in Marawi City.

It is notorious for abducting villagers and using them as human shields to prevent pursuing soldiers from getting close.