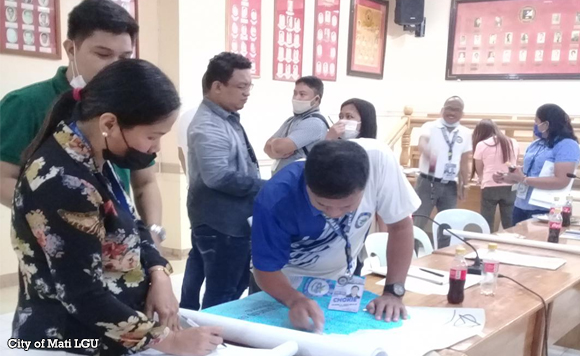 The Mati City government has started its project of identifying street names in five urban barangays of the city and assigning numbers to residences and buildings, Mayor Michelle N. Rabat said.

This is based on Executive Order No. 48 series of 2021 in relation to EO 94 series of 2020, creating Task Force Ngalan sa Kadalanan which aims to provide directions and correct information as to address and locations of one particular house or building for fast navigation.

Rabat said the technical working group (TWG) is now in the process of completing the name of streets including number of houses and buildings within the barangays of Central, Sainz, Matiao, Badas and Dahican.