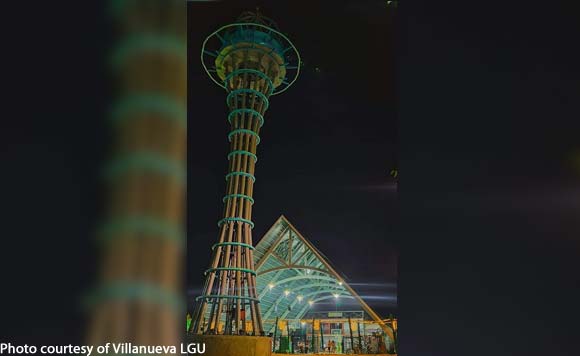 0 304
Share
Want more POLITIKO News? Get the latest newsfeed here. We publish dozens and dozens of politics-only news stories every hour. Click here to get to know more about your politiko - from trivial to crucial. it's our commitment to tell their stories. We follow your favorite POLITIKO like they are rockstars. If you are the politiko, always remember, your side is always our story. Read more. Find out more. Get the latest news here before it spreads on social media. Follow and bookmark this link. https://goo.gl/SvY8Kr

CAGAYAN DE ORO CITY — The Misamis Oriental town of Villanueva will light up its PHP6-million torch to mark the beginning of the holiday season and the town’s month-long festival of lights dubbed as “Pasiga 2019.”

Locally known as “sulô,” the 25-meter high torch tower is a first in Northern Mindanao, Villanueva Mayor Jenny Uy said in an interview on Saturday.

“Everything is set for the formal switch-on of the 25-meter high landmark torch tower at the Municipal Plaza to officially start the town’s Christmas festivities,” Uy said.

Uy said before the scheduled lighting up of the torch, the local government made a series of preliminary testing of the lighting fixtures to assure that Sunday’s switch-on ceremony would be hitch-free.

The lighting of the torch will also be the start of “Paskolandia 2019,” a competition of each village, and school, in the town through Christmas decoration makeover, and various musical performances.