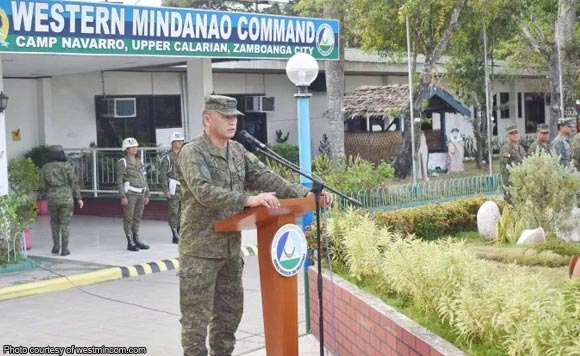 0 290
Share
Want more POLITIKO News? Get the latest newsfeed here. We publish dozens and dozens of politics-only news stories every hour. Click here to get to know more about your politiko - from trivial to crucial. it's our commitment to tell their stories. We follow your favorite POLITIKO like they are rockstars. If you are the politiko, always remember, your side is always our story. Read more. Find out more. Get the latest news here before it spreads on social media. Follow and bookmark this link. https://goo.gl/SvY8Kr

The Armed Forces of the Philippines (AFP), which marked its 83rd anniversary, has emerged stronger than ever, an official said Friday.

Lt. Gen. Arnel Dela Vega, Western Mindanao Command (Westmincom) head, led men and women in his jurisdiction the celebration of the 83rd anniversary of the AFP in Zamboanga City.

“The AFP, as an institution, has come a long way since the enactment of the National Defense Act of 1935. We have gone through war and peace times, through political turmoils, moral and ethical challenges, and questions on integrity and capability. Yet, through it all, we have emerged stronger than ever,” Dela Vega said, reading the message of AFP chief of staff Gen. Benjamin Madrigal Jr.

He said the AFP is looking forward to the coming year with optimism and confidence and dedicated the anniversary celebration to “every soldier, retiree, and veteran who have served in the front lines; to every civilian who worked in support; and to every stakeholder who stood alongside.”

Westmincom officers, enlisted personnel, and civilian employees swore their allegiance to the Republic of the Philippines during the flag-raising ceremony, coinciding the commemoration of the establishment of the AFP in Camp Navarro, Calarian, Zamboanga City.

School for Badjaos! Mayor Climaco thanks gov’t for classrooms in Rio Hondo